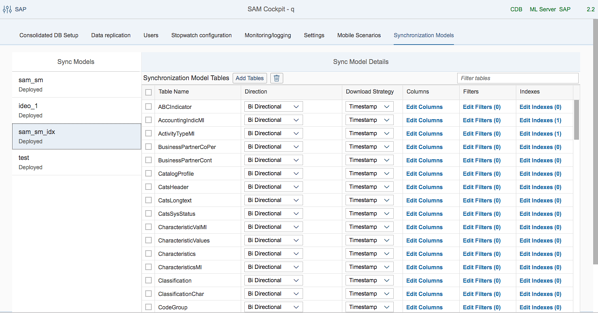 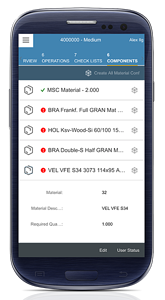 In SAM 2.0 we improved the performance and flexibility of SAM when running on Oracle as consolidated middleware database. Most of the middleware functionality has been moved to stored procedures and functions, making it easily accessible everywhere and allowing us to remove redundant SQL scripts.

In SAM 1.0 we supported the time recording directly on the work or service order via time confirmations. In version 2.0 we also support SAP CATS (cross-application timesheet).

In the past we did a lot of heavy lifting on the client when it came to checklists. When the checklist was for example based on a Notification, we created all the necessary tasks and user status codes on the client. This has changed with SAM 2.0, where all required objects are converted inside SAP into a generic checklist data model. This allows the client to work with much less data and improves the performance on the mobile device. It also allowed us to remove a lot of code and make the app much simpler and easier to enhance.

It is not easy to create checklists in SAP - no matter which way you go (Notifications, Measurement Points or QM), you always have to jump around between multiple transactions and you need to be an SAP expert to do it.
With SAM 2.0 you can create your checklists with the help of a MS Excel template and upload them to SAP. This way everybody from the business can do it without deep SAP customizing knowledge.


Easy change of look and feel

In SAM 2.0 it is very easy and a task of minutes to change the look and feel of the client application. Colors, logos etc. can be adjusted in a single CSS style sheet. 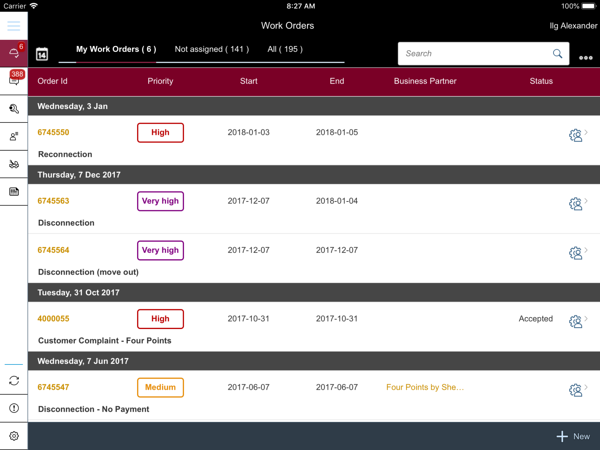 In SAM 2.0, we bundle all required SAP SQL Anywhere, MobiLink and UltraLite components within our solution. Customers are now no longer required to purchase them separately from SAP, but we include them in our subscription.

We will share the details with you over the next weeks in form of blog posts here.